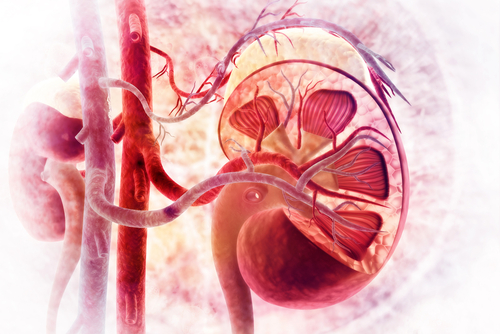 The patient experienced signs of respiratory and kidney failure secondary to AAV, but her symptoms improved after discontinuing the medication and starting immunosuppressive medications. Four years later, the patient went through a pregnancy without complications and her AAV and thyroid disease remain under control.

The study, “Methimazole-Induced ANCA Vasculitis: A Case Report,” was published in the journal Diagnostics.

Methimazole (Tapazole) is among medications known to be associated with the development of ANCA antibodies and AAV. However, due to the scarcity of cases, little is known about how to manage patients who develop AAV after taking this or other thyroid medications.

Researchers at the University of São Paulo, in Brazil, now reported the case of a 35-year-old woman who developed pulmonary kidney syndrome due to AAV after taking methimazole, and whose symptoms improved after discontinuing the medication and starting AAV treatment.

The woman had been diagnosed with Graves’ disease six months prior to hospital admission. She was receiving daily methimazole and propranolol, which is a blood pressure medication.

Graves’ disease is an autoimmune condition that causes an excess production of thyroid hormones. Patients usually are treated with anti-thyroid medications such as propylthiouracil and methimazole.

The patient had been experiencing intermittent coughing for three months, weight loss, and a lack of energy. Clinical examination revealed wheezing sounds in her lungs and an enlarged thyroid gland, but no additional findings.

Due to a lower-than-normal oxygen saturation (83%) and high blood pressure (160/90 mmHg), the patient was immediately intubated.

The kidneys were of normal size, as shown by ultrasound. A chest CT scan showed abnormal opacity patterns in the lungs and other alterations compatible with bleeding in the alveoli, which are the tiny sacs where blood gas exchanges occur.

The patient initially was prescribed antibiotics, but lab tests were negative for viruses, bacteria, and other microorganisms, and she tested positive for blood in the respiratory tract.

Because the findings suggested a potential kidney problem that also was affecting the lungs, the patient stopped the antibiotics and started taking metilprednisolone, an immunosuppressant. Kidney biopsy showed signs of pauci-immune glomerulonephritis — a condition characterized by inflammation and damage of kidney blood vessels — leading to a diagnosis of methimazole-induced AAV.

The patient stopped methimazole and began treatment with cyclophosphamide, commonly used to induce remission in AAV patients, as a complementary therapy to metilprednisolone.

This led to rapid improvements in lung and kidney function, anemia also resolved, and the patient became negative for blood in the urine and ANCA antibodies in the blood.

The patient became pregnant two years after her diagnosis. During pregnancy, she developed ANCA antibodies, but her renal function did not worsen. She continued maintenance therapy with the immunosuppressant azathioprine, the oral glucocorticoid prednisone, and aspirin. The patient gave birth at 37 weeks without any complications.

At a four year follow-up, while still on maintenance therapy, the patient was in complete remission. Her thyroid disease also became controlled following radioactive therapy.

Overall, this case highlights how “medications are a possible trigger associated with AAV and should be promptly discontinued in these cases,” the researchers wrote.